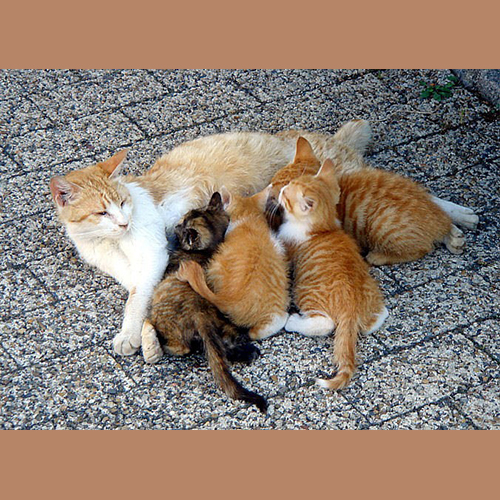 When you get a new pet, there is always a long list of things to do. One thing that shouldn’t be overlooked between pet training school, buying new toys, and getting vaccines, is spaying or neutering your pet. The benefits of spaying and neutering not only positively affect your pet, but also helps to limit the homeless pet population in your area.

The decision to spay or neuter your pet is an important one for pet owners. It can be the single best decision you make for his long-term welfare.
Getting your pet spayed or neutered can:

Pets are homeless everywhere
In every community, in every state, there are homeless animals. In the U.S., there are an estimated 6-8 million homeless animals entering animal shelters every year. Barely half of these animals are adopted. Tragically, the rest are euthanized. These are healthy, sweet pets who would have made great companions.
The number of homeless animals varies by state—in some states there are as many as 300,000 homeless animals euthanized in animal shelters every year. These are not the offspring of homeless “street” animals—these are the puppies and kittens of cherished family pets and even purebreds.
Many people are surprised to learn that nationwide, more than 2.7 million healthy, adoptable cats and dogs are euthanized in shelters annually. Spay/neuter is the only permanent, 100 percent effective method of birth control for dogs and cats.
Your pet’s health
A USA Today (May 7, 2013) article cites that pets who live in the states with the highest rates of spaying/neutering also live the longest. According to the report, neutered male dogs live 18% longer than un-neutered male dogs and spayed female dogs live 23% longer than unspayed female dogs. The report goes on to add that in Mississippi, the lowest-ranking state for pet longevity, 44% of the dogs are not neutered or spayed.
Part of the reduced lifespan of unaltered pets can be attributed to their increased urge to roam, exposing them to fights with other animals, getting struck by cars, and other mishaps.
Another contributor to the increased longevity of altered pets involves the reduced risk of certain types of cancers. Unspayed female cats and dogs have a far greater chance of developing pyrometra (a fatal uterine infection), uterine cancer, and other cancers of the reproductive system.
Medical evidence indicates that females spayed before their first heat are typically healthier. (Many veterinarians now sterilize dogs and cats as young as eight weeks of age.)
Male pets who are neutered eliminate their chances of getting testicular cancer, and it is thought they they have lowered rates of prostate cancer, as well.

Unneutered dogs are much more assertive and prone to urine-marking (lifting his leg) than neutered dogs. Although it is most often associated with male dogs, females may do it, too. Spaying or neutering your dog should reduce urine-marking and may stop it altogether.
For cats, the urge to spray is extremely strong in an intact cat, and the simplest solution is toget yours neutered or spayed by 4 months of age before there’s even a problem. Neutering solves 90 percent of all marking issues, even in cats that have been doing it for a while. It can also minimize howling, the urge to roam, and fighitng with other males.
In both cats and dogs, the longer you wait, the greater the risk you run of the surgery not doing the trick because the behavior is so ingrained.
Other behavioral problems that can be ameliorated by spay/neuter include:

While getting your pets spayed/neutered can help curb undesirable behaviors, it will not change their fundamental personality, like their protective instinct.

When you factor in the long-term costs potentially incurred by a non-altered pet, the savings afforded by spay/neuter are clear (especially given the plethora of low-cost spay/neuter clinics).
Caring for a pet with reproductive system cancer or pyometra can easily run into the thousands of dollars—five to ten times as much as a routine spay surgery. Additionally, unaltered pets can be more destructive or high-strung around other dogs. Serious fighting is more common between unaltered pets of the same gender and can incur high veterinary costs.
Renewing your pet’s license can be more expensive, too. Many counties have spay/neuter laws that require pets to be sterilized, or require people with unaltered pets to pay higher license renewal fees.

Spaying and neutering are good for rabbits, too.

Part of being conscientious about the pet overpopulation problem is to spay or neuter your pet rabbits, too. Rabbits reproduce faster than dogs or cats and often end up in shelters, where they must be euthanized. Neutering male rabbits can reduce hormone-driven behavior such as lunging, mounting, spraying, and boxing.
And just as with dogs and cats, spayed female rabbits are less likely to get ovarian, mammary, and uterine cancers, which can be prevalent in mature females.
Millions of pet deaths each year are a needless tragedy. By spaying and neutering your pet, you can be an important part of the solution. Contact your veterinarian today and be sure to let your family and friends know that they should do the same.

Find out more information about spaying and neutering at Gresham Animal Hospital here.
SRC: See the complete article here: www.humanesociety.org/issues/pet_overpopulation/facts/why_spay_neuter.html?referrer=https://www.google.com/
Gresham Animal Hospital is equipped to provide the service and treatment your pet needs under one roof. Keep Gresham Animal Hospital in mind next time your dog or cat needs a checkup, shots, or vaccines. Give us a call at 503.666.1600 to schedule an appointment today.